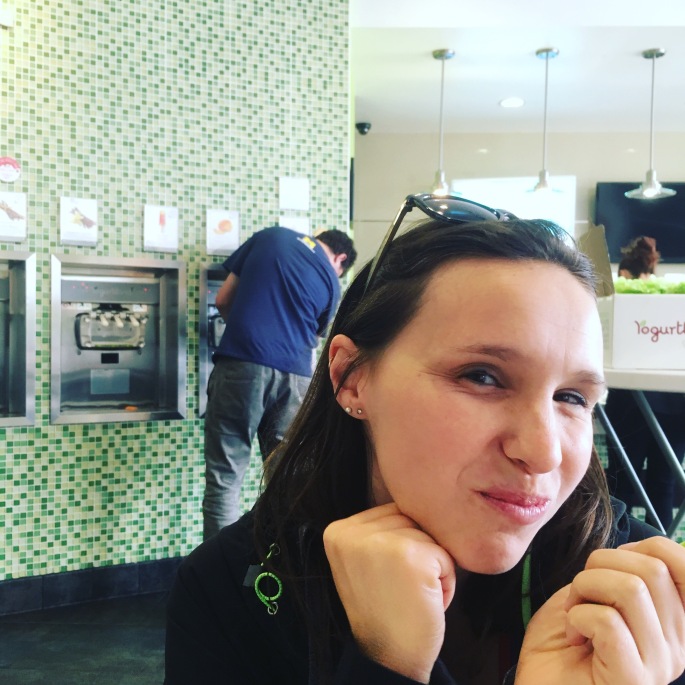 If you know me, then you know that I do not, EVER, try anything before ordering it. I make a decision and deal with the consequences of that action. If I absolutely hate whatever I order, I’ll just swallow it whole.

Then, there are people who like to sample products before choosing what they’d like to invest in. I can respect that. I’d rather they go through that process to prevent any future stress or food waste.

Then, there are people like the guy pictured above, who are pathetic enough to resort to asking for a sample cup and eating more than $5’s worth of yogurt with it. He refilled that cup so many times that he might as well just put his face under the machine and inhaled.

This guy came in with his girlfriend and they arrived in a nice car, so it isn’t like I’m just failing to show him empathy. He is a leech and I hope she dumped him because this behavior is not acceptable. Unfortunately, I was being watched so I had to be nice.

Don't be deceived by the picture above. This site represents the trials and tribulations of Hangry & Fat, the alter egos of Hungry & Fit. Expect far less professional advice and more opinions here. Warning: There may be some rants and spoilers ahead. Proceed at your own risk.